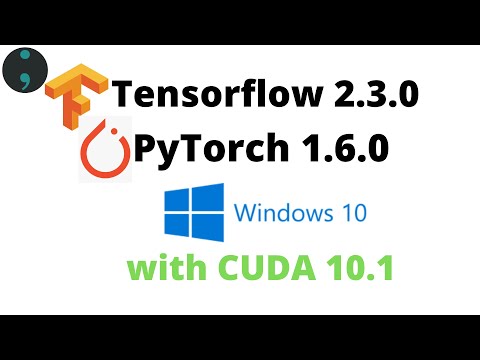 This is a collection of software, operating systems, and other miscellaneous tools to help the average user fight for their privacy and security online.

Fedora uses Security-Enhanced Linux by default, which implements a variety of security policies, including mandatory access controls, which Fedora adopted early on. Fedora provides a hardening wrapper, and does hardening for all of its packages by using compiler features such as position-independent executable (PIE). Wikipedia

Pop!_OS provides full out-of-the-box support for both AMD and Nvidia GPUs. It is regarded as an easy distribution to set-up for gaming, mainly due to its built-in GPU support. Pop!_OS provides default disk encryption, streamlined window and workspace management, keyboard shortcuts for navigation as well as built in power management profiles. The latest releases also have packages that allow for easy setup for TensorFlow and CUDA. Wikipedia

Debian is one of the oldest operating systems based on the Linux kernel. The project is coordinated over the Internet by a team of volunteers guided by the Debian Project Leader and three foundational documents: the Debian Social Contract, the Debian Constitution, and the Debian Free Software Guidelines. New distributions are updated continually, and the next candidate is released after a time-based freeze. Wikipedia

Any user who wishes to have the newest packages that include, but are not limited to, the Linux Kernel, SAMBA, git, desktops, office applications and many other packages, will want Tumbleweed. openSUSE

Qubes OS is a security-focused desktop operating system that aims to provide security through isolation. Virtualization is performed by Xen, and user environments can be based on Fedora, Debian, Whonix, and Microsoft Windows, among other operating systems. Wikipedia

Tails, or The Amnesic Incognito Live System, is a security-focused Debian-based Linux distribution aimed at preserving privacy and anonymity. All its incoming and outgoing connections are forced to go through Tor, and any non-anonymous connections are blocked. Wikipedia).*

Whonix is a Debian GNU/Linux–based security-focused Linux distribution. It aims to provide privacy, security and anonymity on the internet. The operating system consists of two virtual machines, a "Workstation" and a Tor "Gateway", running Debian GNU/Linux. All communications are forced through the Tor network to accomplish this. Wikipedia

Firefox Needs manual tweaking to be more secure! Use ghacks

Tor is free and open-source software for enabling anonymous communication. The name derived from the acronym for the original software project name "The Onion Router". Tor directs Internet traffic through a free, worldwide, volunteer overlay network consisting of more than seven thousand relays to conceal a user's location and usage from anyone conducting network surveillance or traffic analysis. Using Tor makes it more difficult to trace Internet activity to the user. Wikipedia

Without signing in to a Google Account, Chromium does pretty well in terms of security and privacy. However, Chromium still has some dependency on Google web services and binaries. In addition, Google designed Chromium to be easy and intuitive for users, which means they compromise on transparency and control of internal operations.
ungoogled-chromium addresses these issues in the following ways:

Bromite is a Chromium fork with ad blocking and privacy enhancements; take back your browser! Bromite

Firefox Focus is a free and open-source privacy-focused browser from Mozilla, available for Android and iOS. Wikipedia

Tor protects your privacy on the internet by hiding the connection between your Internet address and the services you use. We believe Tor is reasonably secure, but please ensure you read the instructions and configure it properly. GitHub

There are many ears listening on the Internet, which is why all our services require mandatory SSL/TLS-encrypted data transmission. For additional security, we also use enhanced (green) security certificates ("EV") by the independent SwissSign trust service provider from Switzerland (Check the padlock symbol in your web browser's URL field). But this is just the beginning – there is so much more that we do. Mailbox

Disroot is a decentralized cloud-based service that allows you to store your files and communicate with one another. Established by a privacy-focused organization of volunteers, if we look at Disroot as an email provider specifically, it stands out thanks to its emphasis on security with a completly free open-source approach. ProPrivacy

ProtonMail is an end-to-end encrypted email service founded in 2013 in Geneva, Switzerland by scientists who met at the CERN research facility. ProtonMail uses client-side encryption to protect email content and user data before they are sent to ProtonMail servers, unlike other common email providers such as Gmail and Outlook.com. The service can be accessed through a webmail client, the Tor network, or dedicated iOS and Android apps. Wikipedia

searx is a free metasearch engine, available under the GNU Affero General Public License version 3, with the aim of protecting the privacy of its users. To this end, searx does not share users' IP addresses or search history with the search engines from which it gathers results. Tracking cookies served by the search engines are blocked, preventing user-profiling-based results modification. By default, searx queries are submitted via HTTP POST, to prevent users' query keywords from appearing in webserver logs. Wikipedia - Find public instances of searx here searx.space

Startpage is a web search engine that highlights privacy as its distinguishing feature. Previously, it was known as the metasearch engine Ixquick, At that time, Startpage was a variant service. Both sites were merged in 2016. Wikipedia

YaCy is a free distributed search engine, built on principles of peer-to-peer (P2P) networks. Its core is a computer program written in Java distributed on several hundred computers, as of September 2006, so-called YaCy-peers. Each YaCy-peer independently crawls through the Internet, analyzes and indexes found web pages, and stores indexing results in a common database (so called index) which is shared with other YaCy-peers using principles of P2P networks. It is a free search engine that everyone can use to build a search portal for their intranet and to help search the public internet clearly. Wikipedia

If you need anonymity and privacy online use Tor instead, if you are looking to bypass a geo-restriction, don't trust public WiFi, or are looking to Torrent, a VPN will help you.

Mullvad is an open-source commercial virtual private network (VPN) service based in Sweden. Launched in March 2009, Mullvad operates using the WireGuard and OpenVPN protocols. Mullvad accepts Bitcoin and Bitcoin Cash for subscriptions in addition to conventional payment methods.
No email address or other identifying information is requested during Mullvad's registration process. Rather, a unique 16-digit account number is anonymously generated for each new user. This account number is henceforth used to log in to the Mullvad service.
The TechRadar review notes that "The end result of all this is you don't have to worry about how Mullvad handles court requests to access your usage data, because, well, there isn't any." Wikipedia

ProtonVPN utilizes OpenVPN (UDP/TCP) and the IKEv2 protocol, with AES-256 encryption. The company has a strict no-logging policy for user connection data, and also prevents DNS and Web-RTC leaks from exposing users' true IP addresses. ProtonVPN also includes Tor access support and a kill switch to shut off Internet access in the event of a lost VPN connection.
In January 2020, ProtonVPN became the first VPN provider to release its source code on all platforms and conduct an independent security audit. ProtonVPN is the only VPN to do so, even though experts say this is a crucial factor in deciding whether to trust a VPN service. Wikipedia


For information about alternatives to software and services.


Mirrors are kept up to date, this post may lag behind as we add stuff in.

I want to use TensorFlow on Windows (Win 10) with a AMD GPU. If I google, there are a lot discussions and sources but I just couldn't figure out what's the best way to do this at the moment. Could TensorFlow now builds and runs on Microsoft Windows (tested on Windows 10, Windows 7, and Windows Server 2016). Supported languages include Python (via a pip package) and C++. CUDA 8.0 and cuDNN 5.1 are supported for GPU acceleration. Known limitations include: It is not currently possible to load a custom op library. The GCS and HDFS file systems are not currently supported. The following ops ... Get code examples like "tensorflow gpu test" instantly right from your google search results with the Grepper Chrome Extension. Start a TensorFlow service. Now we are ready to use benefits from all those stuff above. For example, let’s run a Tensorflow GPU-enable Docker container. In a project directory create file docker-compose.yml with the following content: ERROR: tensorflow_cpu-2.2.0-cp38-cp38-win_amd64.whl is not a supported wheel on this platform. I'm using python 3.8, pip 20.1.1 and my PC is running 64 bit Windows 10. From tensorflow's website, the requirements are : Python 3.5-3.8; pip 19.0 or later; Windows 7 or later; Which are all satisfied. Why am I getting this error?

In this tutorial, we cover how to install both the CPU and GPU version of TensorFlow onto 64bit Windows 10 (also works on Windows 7 and 8). TensorFlow is a P... How to install Tensorflow-GPU on Windows 10 - Duration: 19:44. Kishan Kumar Chandravanshi 40,468 views. 19:44 . My little modifications to a deep Q learning demonstration using Google Tensorflow ... In this video I will show you, how you can install TensorFlow-GPU with a single command in Anaconda. You don't need to install anything else explicitly. Comm... How to Install TensorFlow GPU on Windows (2020) #TensorFlow2 #Anaconda #Python #DeepLearning - Duration: 15:01. DrTechWiz 1,072 views. 15:01. My 3D Modelling Course: https://www.thehardwareguy.co.uk/fusion-360-for-beginners Become a Member, get EXTRA content: https://www.thehardwareguy.co.uk/mem...